Helping Each Other: The Hope Fund 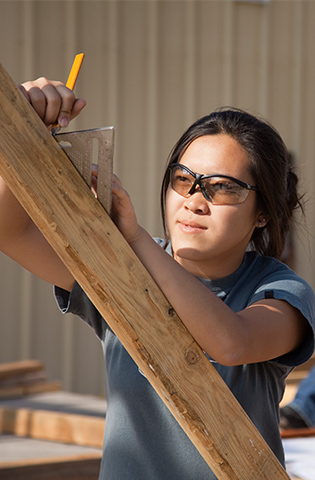 Helping Each Other: The Hope Fund

It began in the aftermath of a hurricane, and now more than a decade later, the HCA Healthcare Hope Fund is once again helping employees during trying times. In the wake of two massive storms that slammed into Texas and Florida, the Hope Fund helped colleagues overcome the loss of homes, cars, furnishings and more. So far, the fund has provided more than 4,400 colleagues with $3.4 million in relief as of November 2017. That’s on top of $3 million that had already been paid out to applicants earlier that year.

The Hope Fund is more than a disaster-relief operation. It is an independent charity created by and sustained with donations from HCA Healthcare employees. Its recipients are HCA Healthcare employees who have come up against financial difficulty due to hurricanes, tornadoes and other natural events, but also from their own or a family member’s long-term illness or other medical event that has meant time away from work.

More than 30,000 employees make regular payroll contributions to the Hope Fund. If you do not, now is an excellent time to begin regular donations or to make a one-time donation. HCA Healthcare and the Frist family have committed $1.5 million in matching funds, so your generosity will have even more impact.

At its core, the Hope Fund is HCA Healthcare employees helping each other. Please meet some of the most recent recipients and hear what the Hope Fund means to them.

Elizabeth Mirkalai was evacuated from her home on August 27, 2017 due to rising waters, and for the next two weeks her first floor was under water. She continued to work and was able to find shelter, using a boat when she could in order to check on the house. When the water receded, she began to take stock of the extensive damage. “Now it’s all molded. Everything downstairs is out, done,” she said.

She was encouraged to visit the mobile resource center when it stopped at The Woman’s Hospital of Texas near Texas Medical Center. The team provided her with a bag containing essential toiletries and emergency assistance through the Hope Fund. She also told them about her miniature dachshund, Teeny, who escaped during the evacuation. She was still missing when Mirkalai was getting help.

A neighbor saw Teeny sitting outside and took her in, and after making some calls the mobile resource center team was able to tell Mirkalai that Teeny was safe. Everyone on the bus cheered at the news. “I didn’t cry with the flood, but I tell you I cried about the dog,” she said.

When Garry Moore hears that somebody needs help, he steps up. And so, as Houston Northwest started prepping for the arrival of Hurricane Harvey and asked employees to stay for the duration of the storm, he and his wife drove to the hospital in their motor home — in case extra sleeping quarters were needed.

Moore stayed onsite for one week before getting back home to a terrible sight. The house that he had built with his own hands was flooded with more than four feet of water.

“It’s so disheartening to see the house you built destroyed,” he said. “When you see your whole downstairs destroyed, all you can do is turn and walk away.”

But others who heard of his plight and knew his generosity offered the kind of assistance he extended to others. Members of his church carried 14 trailer loads of ruined possessions away. Meanwhile, his human resources director encouraged him to fill out a Hope Fund application.

“I would never have thought that I would need help,” Moore said. “I’m always the one giving help, not the one receiving it.”

When the Hope Fund was making the deposit to his bank, Moore was unboxing and distributing free cleaning supplies to his hospital colleagues whose homes were affected by the storm.

Everything about Hurricane Harvey was eerily familiar to Tricia Wren. In 2005, her New Orleans home was destroyed by Hurricane Katrina. Now resettled and working as a nurse manager in Houston, she saw devastation again. While she was at work, her family — husband, daughter and granddaughter — had to be rescued by boat. Their home filled with water.

The hospital was new to the HCA Healthcare family, part of an acquisition that closed in June 2017, and Wren never expected that she and other employees would be eligible for help. But from the start, HCA Healthcare provided a hotel room for them and the Hope Fund helped with immediate needs until FEMA began to cover temporary assistance, about a month later. They lost two cars to the waters, and the company arranged for Uber service. Employees from all around the country donated PTO for colleagues they had never met.

“HCA Healthcare is such a big organization, but I can feel that they care about each individual in the system,” Wren said. “This time I had a team working for me. People actually came here and walked us through the process of disaster assistance, FEMA, everything. There is no way I can convey my appreciation.”

When Hurricane Irma bore down on Florida, news footage showed people lining up at hardware stores to buy plywood, covering windows and otherwise prepping their homes for the storm. Keith Dominick would have been one of them, except he was several states away from his Summerfield home.

“My grandmother was ill, so I had taken my wife and 21-month-old daughter to spend some time with her,” Dominick said. “We were in Pennsylvania as the storm was coming in. We were unable to return home until after Irma had passed through.”

What Dominick and his family found was near-total destruction.

“We got in around midnight, and when we opened the door it smelled so bad,” he recalls. “The kitchen ceiling was sagging; water had soaked into the subflooring and mold was everywhere.”

Thanks to his decade with HCA Healthcare, Dominick was aware of the Hope Fund. He hesitated to apply, but the sheer volume of fellow applicants at other agencies meant that it would be a while before his homeowner’s insurance provider and FEMA could get to him.

“The Hope Fund was amazing,” he said. “I had gotten used to filing paperwork and filling in forms, and nothing happening. This time, we got assistance right away. We were having trouble just getting people [from the insurance company] to return our phone calls, and here was the Hope Fund coming in to help right away.” 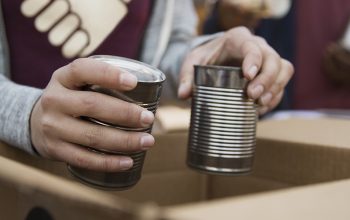