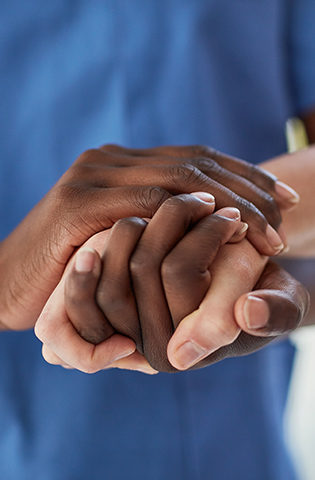 HCA Healthcare caregivers saved lives and served communities before, during and after 2017 storms.

Two hurricanes in two weeks. An unprecedented pairing of natural disasters, and one that received the highest level of preparedness, cooperation and care from HCA Healthcare teams. As their communities evacuated ahead of hurricanes Harvey and Irma, dedicated caregivers in Texas and Florida prepared their facilities, sheltering in 80 hospitals to keep thousands of patients, family and community members, and even pets, safe.

In Houston, torrential rain during and after Hurricane Harvey led to catastrophic flooding, forcing facility evacuations which were handled quickly and with great care. In Florida, the unpredictable nature of Hurricane Irma’s path right up to landfall meant that hospitals and care teams remained on high alert through the night, ready to take any steps necessary to ensure patient safety.

In both states, HCA Healthcare colleagues ventured out into the communities before, during and after the storms to offer help to those in need, as well as to each other. Their determination meant not just that outstanding patient care was delivered during extraordinary circumstances, but that HCA Healthcare honored its ongoing commitment to be a true partner to the communities it serves, no matter what.

Somebody had to take care of this young man, and I thought, ‘well, if I can do it, I certainly should.’

When Dr. Stephen Kimmel got the call that 16-year-old Jacob Terrazas needed immediate attention, the pediatric general surgeon jumped into his car and headed toward the hospital even as his own home was beginning to flood.

Rising waters forced him to turn back, but two volunteer firemen were able to reach him in their truck, which was carrying a canoe. The three men drove until the road was impassable, then paddled to Clear Lake Regional Medical Center. Dr. Kimmel walked the last leg of the journey to the hospital, almost a mile, in waist-deep water. What was normally a 10- to 15-minute drive for Dr. Kimmel took more than an hour, but he says the effort was necessary.

“Somebody had to take care of this young man, and so I thought, ‘well, if I can do it I certainly should,’” he says. “He was on the way to our hospital and I’m glad I was able to make it.”

Time was of the essence. Terrazas was suffering from testicular torsion, which if not treated within a short window of time causes permanent damage. He, his mother and sister had attempted to get to Clear Lake Regional Medical Center, but flood waters trapped them as well. They were finally rescued from I-45 by the Webster Fire Department and delivered to the hospital.

Knowing Dr. Kimmel was on his way, hospital staff prepped Terrazas for surgery and assured him and his family that help was coming soon. Drenched head to toe when he finally arrived, Dr. Kimmel quickly changed to scrubs so he and his surgical team could get to work and save Jacob’s organs from permanent damage. The hour-long surgery was successful, and Terrazas was discharged less than 48 hours later.

Terrazas says he was really scared, and is very thankful to Dr. Kimmel and the Clear Lake team for taking care of him. On his heroic efforts, Dr. Kimmel simply said, “Sometimes you have to do whatever it takes. This young man’s life would have been changed for the worse forever if we hadn’t been able to perform surgery when we did. In the end, it all turned out very well.”

George Kramer and his wife have been volunteers with Summerville Medical Center for more than 24 years. With that kind of record, he wasn’t going to let anything, not even Hurricane Irma, stand in the way of his duties. As the storm raged outside, Kramer was the only volunteer who was at the hospital that day, and he pitched in wherever he was needed — including his regular mail run.

“The mail must go out, come hell or high water! I’m proud to be here today to help serve our hospital and community,” he said at the time.

During the hurricane, he followed his usual mail-distribution rounds, assisted with the registration desks and much more, providing a calming presence and a sense of normalcy to a grateful hospital team in the midst of a very stressful time.

Like a lot of people in his community, Taylor Moore, a surgical ICU nurse, has a boat. When he heard that the Cajun Navy, a group of boat owners who came together after Hurricane Katrina to help save stranded residents, was headed to Texas to help victims of Hurricane Harvey, he volunteered right away. He eventually made three back-and-forth trips to the Houston area to help rescue those stranded in their homes.

Once in the Houston area, Moore motored out again and again, picking up people trapped by the rising water and depositing them on dry land. How many? Hundreds.

Moore’s first rescue trip included a four-hour trek to Pasadena, Texas, just outside of Houston. He and other Cajun Navy rescuers used the Zello app on their cellphones to locate people who needed help. “People who needed rescue would call in and give their addresses, saying things like: ‘I have my dad here who’s on dialysis. He hasn’t had dialysis in a week.’ Or, ‘We have kids who are ill,’” Moore recalled. “We even received a message through Zello from a man whose motor broke down on the Beltway 8 that runs around Houston. He gave an address and said: ‘If you can get to this location, you’ll never run out of people to rescue.’”

And when they reached the flooded subdivision, there were “people everywhere,” says Moore. He and fellow good Samaritans worked their way from house to house through the night, loading up as many people (and pets) as they could.

The second and third trips to the Houston area were focused around Conroe, Orange and Vidor, Texas. Moore estimates that they rescued around 600 people during the ordeal.

“It was neat to be a part of something so big and to be able to impact individual lives. I can still see a lot of their faces whenever I think about it,” Moore says.

“This hit very close to home in that our state (Louisiana) had experienced something similar,” he added. “If it were to happen again here, I would hope that the people of Texas — or any place nearby — would come to help us. So, that’s the mindset that I had going over there – do unto others as you would have them do unto you.”

Thousands of community residents, staff families, and even dogs and cats sheltered at HCA Healthcare hospitals in Texas and Florida as hurricanes battered dozens of communities.

At Brandon Regional Hospital, many hospital staff and physicians took refuge from Hurricane Irma at the facility to ensure uninterrupted patient care. And that meant so did their loved ones, pets included. When Michelle Clark, supply chain director, volunteered to handle pet care for the facility, she may not have realized just how many furry friends she and her team would have.

A total of 25 dogs and three cats were their guests — all treated like part of the family. Right before the facility was secured for the storm, the team ran all 28 dogs across the lawn of the hospital to give them some time to run before they would be kept inside for a while until the storm passed. The pet duty became a labor of love, with the staff memorizing all of the dog and cat names, and a number of the dogs sticking to team members’ sides as they worked — even sleeping beside them when it was time to rest.

The Woman’s Hospital in Houston, Texas

That old saying, “when the going gets tough, the tough get going,” certainly applies to Duy Tran, a part-time nurse at the Level III NICU at The Woman’s Hospital of Texas. He is also a senior captain with the Houston Fire Department. When flooded roadways prevented him from reaching his home after a 24-hour shift with the fire department, he decided to go somewhere he could help. He knew the fire department had plenty of help so he returned to the NICU, where he stayed for the next five days to help some of Houston’s tiniest patients.

Sandra Martinez, RN, director of ICU/HEMO at Rio Grande Regional Hospital, is also a member of the Texas Emergency Management Task Force, which springs into action to help with evacuations and transfers of critical patients to safer facilities around the state in times of crisis.

Hurricane Harvey was a time of crisis, and Martinez was a rock. After working more than 36 hours, with occasional one- or two-hour naps, to prepare patients for transport, she then joined her task force team to help move hundreds of NICU babies, postpartum mothers and other critical care patients from Corpus Christi to other nearby HCA Healthcare hospitals before Harvey made landfall.

“Knowing there is an immense sense of urgency and limited resources, having to prioritize transport needs is one of the most difficult things to do,” she says. “Nevertheless, at the end of the day, after interactions with patients, hospital staff members and ambulance strike teams, the smiles and genuine appreciation for the help we provide is very rewarding.”

At the end of the day … the smiles and genuine appreciation for the help we provide is very rewarding.

When Mickey and Debbie Heilweil were hospitalized during Hurricane Irma, they wondered how they would be able to mark their 66th wedding anniversary. The hurricane was no match for the staff at St. Petersburg General Hospital, which found a way to help the couple mark their special day by putting them in a shared room and making sure they had flowers and other party essentials to mark the occasion. 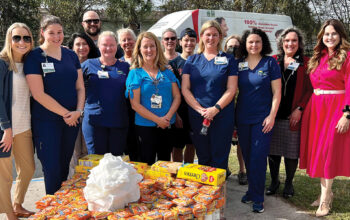 What it Means to Show Up

The importance of self-care when caring for others

Geography becomes secondary when colleagues respond to calls for…