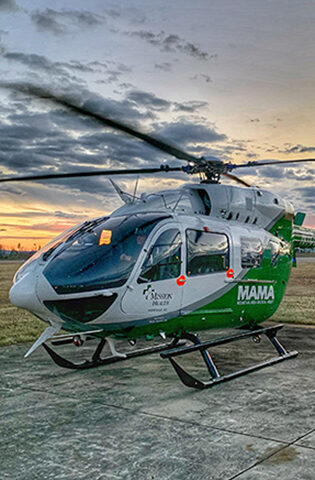 Teams across the enterprise collaborated to prepare for Hurricane Ida's landfall.

The airlift of nearly 40 patients from HCA Healthcare’s Tulane Lakeside Hospital in Metairie, La., last summer to outlying facilities was a remarkable exercise in compassion, coordination and communication, orchestrated by dozens and dozens of colleagues. This is the first story in a two-part series about how it all unfolded.

Everyone knew the forecast of Hurricane Ida did not bode well for healthcare facilities in the New Orleans area.

Jana Zimmerhanzel, inpatient nursing director at HCA Houston Healthcare Clear Lake in Webster, Texas, typically manages units within her facility. But as a nurse with more than 25 years of neonatal intensive care unit (NICU) experience, she was tapped for the mission in Louisiana. “I was actually the flight nurse going with our AirLife crew,” she says. “I’ve done a lot of transport of infants and neonates in my career. So when the phone call came, I was glad to answer.”

To the north, in Overland Park, Kan., Schambra Starr, assistant vice president, Mid-America Division Transfer Center, and her colleagues were tracking Ida from an enterprise level and preparing emergency plans.

“I first realized it was going to be a dangerous situation when we continued to have storm geo calls at the corporate level, two times a day at the division level, and also talking with the local leaders,” says Schambra. “They told me it was going to be bad.”

While facility managers were taking a full inventory of resources and supplies, transfer center officials immediately requested a detailed list of the patients to determine which may require special care.

“We knew what we felt the priority was,” says Schambra.

Hiral Patel, CEO of Lakeview Regional Medical Center in Covington, La., says there was a significant effort to coordinate between three different divisions.

“Our corporate emergency operations team were the ones who set the vision for how this transport was going to happen. The Gulf Coast Division was instrumental in supporting us with the Houston AirLife team,” says Hiral.

Plans quickly transformed into action. HCA Healthcare hospitals in the New Orleans area redoubled efforts to ensure that there were adequate supplies and equipment and that contingency plans were in place to secure proper staffing. Meanwhile, colleagues at facilities outside the hurricane’s expected path were notified that they could be asked to participate in emergency measures.

“The culture on my team, in the facility department, is pretty much all hands on deck. Everyone understands how critical it is,” says Andy. “The facility department is responsible for the power, water, gas, lights, you name it. So they know going in what they’re in for when the storm’s approaching. So everyone’s prepared.”

Like Andy’s crew at Tulane Medical Center, teams at affiliated facilities were ready.

“The first step really is getting all the care teams as well as the support teams together to be prepared,” says Hiral. “So first we assess what our current state is of our own NICU and nursery and postpartum areas. What is our capacity? How can we take these patients on? And what equipment do we need?”

By the time Ida made landfall on Sunday, Aug. 29, it was a Category 4 storm, with sustained winds of more than 130 miles an hour and gusts of up to 150. The hurricane caused more than $75 billion in damage — the fifth-costliest tropical storm in U.S. history — and resulted in 115 fatalities.

Read the second story in this series here. 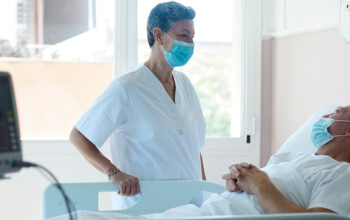 Making each patient’s journey — from admission to discharge — exc…

Giving the Gift of Promise