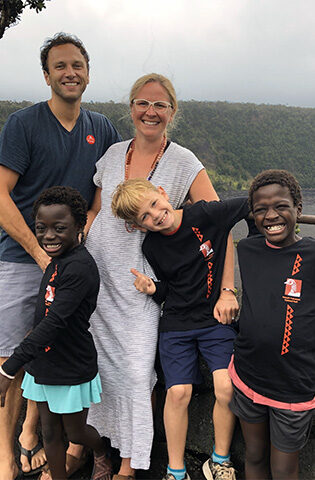 Since 2004, HCA Healthcare has contributed more than $200,000 to Make-a-Wish Middle Tennessee, including more than $27,000 raised last year with the Sokolowski family's moving testimonial.

From left to right: Cora, Tris and James Sokolowski, with parents Mary Ann and Jim.

On his sixth birthday, Tris Sokolowski was diagnosed with stage 3B Hodgkin lymphoma.

The cancer had spread to his spleen, liver and entire lymphatic system. But his mother, Mary Ann Sokolowski, said the staff at The Children’s Hospital at TriStar Centennial in Nashville made him feel special that day by presenting him with a large sign, balloons and Legos. Within a week of his June birthday, Tris had surgery and began cancer treatment. He responded so well that by October of the same year, doctors declared him in remission.

When the Make-a-Wish Foundation offered to grant Tris a wish, he was asked where he might want to go. He initially said he’d like to go to his neighborhood pool, but he was encouraged to think bigger. He was reading a book about volcanoes, so he asked if he could see one. Last year, Tris, his twin sister Cora and their older brother James—along with their parents—visited Hawaii, where they saw volcanoes, attended a luau and rode in a submarine. After a year in which he had lost his hair and missed both kindergarten and his family’s big annual vacation, Tris was simply happy to be a normal kid again.

“He felt like the king of the world for a bit—having that to look forward to,” Mary Ann recalls.

Since 2004, HCA Healthcare has contributed more than $200,000 to Make-a-Wish Middle Tennessee. Last year, HCA Healthcare helped Make-a-Wish grant 95 wishes, including trips, shopping sprees and even pets. Their goal is to increase to 120 wishes this year. This year, HCA Healthcare’s Clinical Operations Group’s coordinated a fall fundraiser for the Middle Tennessee chapter of Make-a-Wish with the Caring for the Community and Employee Engagement committees. The Sokolowskis were present at the event where they shared their remarkable story and the indelible impact Make-a-Wish has had on their family. Tris and his family helped raise more than $27,000 – enough to fulfill the wishes of three more children who were critically ill.

Their story was so moving that Ken Grubbs, HCA Healthcare’s Vice President of Regulatory and Accreditation Services, found it difficult to follow their remarks. Grubbs, who is also a Middle Tennessee Make-a-Wish board member, says it’s difficult, even now, to maintain composure when speaking of Tris and his family.

The Sokolowskis at the HCA Healthcare Make-a-Wish fundraiser in September.

Grubbs says the fundraiser was a successful effort for the Clinical Operations Group on multiple levels. In addition to raising money, it helped the group rally around a common cause that helped local families. Their involvement with Make-a-Wish is a reflection of HCA Healthcare’s culture of caring for its communities. He says it goes back to Dr. Frist, Sr. and the values he embodied.

“The improvement of human life can mean a lot of different things, and during the most vulnerable moments of a child—or anyone going through whatever disease process they may have—to be able to give them hope, to give them a desire to keep fighting, to put a smile on their face, to put them in a place of positivity, is one of the most meaningful things that we can do, not only from a clinical perspective, but also from a humanity perspective,” Grubbs says.

Make-a-Wish can also be that instrument of hope, he says.

“Potentially we’re giving them a moment to step back and not think about exactly what battle they’re fighting. And that’s meaningful, not only for them, but also for any of us who have the privilege of being a part of that.”

Mary Ann Sokolowski recalls tough days throughout Tris’ illness. Her children interact almost as triplets, she says, because James is just a year older than the twins, Cora and Tris. Cora was so distraught that it was difficult for her to visit Tris in the hospital. James would try to comfort Tris with games or by making him laugh.

The trip to Hawaii was a chance for all of them to enjoy time together without cancer being at the forefront of their minds. Mary Ann shared these thoughts afterward: “[His] wish trip was a time for us to get away and reset for everything else that a journey with cancer throws at you. It was a time that we will cherish for the rest of our lives.”

Grubbs says being able to meet the Sokolowskis, and to see firsthand how Make-a-Wish can impact a family, makes his involvement even more meaningful. 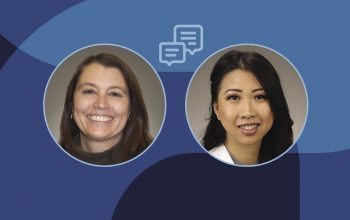 Whether they’ve been with HCA Healthcare for 20 years or 20 days,… 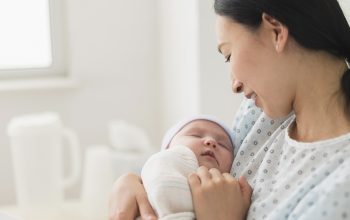 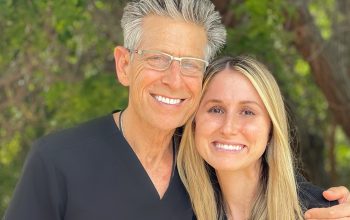