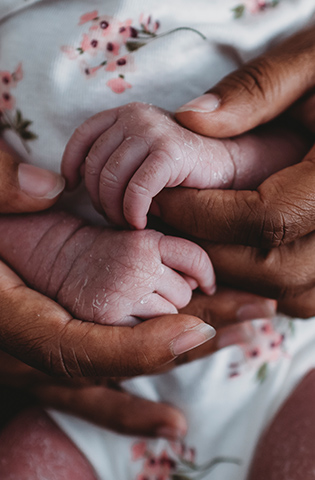 Beginning his career in medicine at age 23, Dr. Sami Ismail found his mentor. A pediatrician took him under his wing and introduced him to the amazing world of healing children.

“I watched Dr. Homsi work very hard to bring the first children’s hospital to Aleppo, a city of a million and a half people in Syria. I was the first resident, and the first chief resident. We had a great impact. People often were fatalistic in believing that if a child was sick or broken, it was God’s will to take them. As we helped babies survive, that attitude changed.

“In the late 1970s, Syria went through a time of intense political turmoil and the emergence of religious fanaticism. Dr. Homsi was very outspoken. He was very much against any form of extremism and spoke his mind. “This caught the attention of some of the religious fanatics,” says Dr. Ismail. “We were in his office at the hospital discussing a case when four people walked in and assassinated him. I survived by a miracle.”

Dr. Ismail left Syria and made a home and career in the United States, always continuing to help the tiniest patients. He supports the March of Dimes Learning for Babies conference and is responsible for the revival of Parents Reach Out, a support group for parents of hospitalized babies. He helps children from the Middle East get medical care in the U.S. that would otherwise not be available to them. As a neonatologist at TriStar Centennial Medical Center in Nashville, his leadership has helped the neonatal intensive care unit (NICU) successfully treat thousands of infants born prematurely, including a newborn who was born weighing less than one pound.

“Neonatology is the most rewarding field in medicine,” he says. “You help babies who do not speak and are in dire need. We give these babies a gateway to life. We help them survive. And we help them have a better quality of life after they survive.”

Even as Dr. Ismail helps his patients and soothes the concerns of their parents at TriStar Centennial, he has committed time and resources to keeping his mentor’s children’s hospital in Aleppo running. He offered financing, equipment and training for a NICU and supported a pediatric intensive care unit for older children. The current turmoil in the area makes it far more difficult to provide help, but Dr. Ismail does not give up.

“I am waiting for things to settle down because I have tons of equipment and supplies we would like to deliver,” he says. “This hospital has been a jewel for caring for patients for many years. It has made an impact, and seeing that impact drives me to continue to do more.”

Hans Brockhoff, MD, DDS
Del Sol Medical Center
El Paso, Texas
Brockhoff’s skills as an oral and maxillofacial surgeon and his reputation as a deeply empathetic caregiver draw patients from all over Texas. His strong faith guides him to do more, to reach out and offer support to people in need – both in his own community and on medical missions to Mexico, Africa, Thailand and more. In addition to treating patients on these missions, Dr. Brockhoff serves as a teacher to resident surgeons so that they can continue to help the population.

Clement Nwosu, MD
Coliseum Medical Centers
Macon, Georgia
As a child in Nigeria, Clement Nwosu saw his father die of heart failure and witnessed the horrific wounds of civil war. These events inspired him to become a healer, and he has been a respected doctor for nearly 30 years, dedicated to his own patients and to people in medical need around the world. He travels four times a year to some of the world’s most impoverished countries to deliver much-needed care and supplies. He also established the Nwosu Education Foundation for students in Nigeria with a massive goal: to end all suffering in the world. 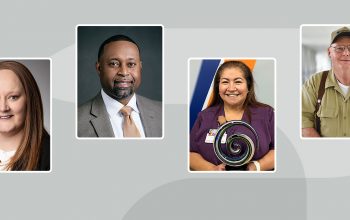 The complete patient experience is made possible in often-unseen…

Gratitude During Times of Adversity