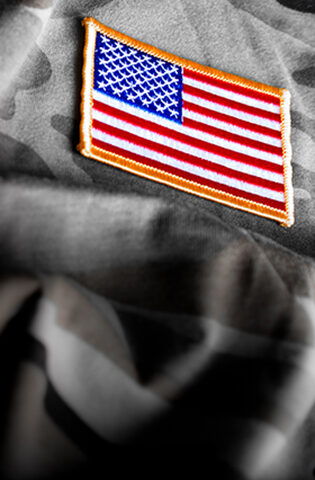 A badge can say so much.

At HCA Healthcare, a badge helps identify the key role that a colleague serves in a hospital or medical practice. Thousands of colleagues also proudly wear an additional badge: that of a veteran. Many of HCA Healthcare’s veteran colleagues say their badges often spark conversations with other colleagues, patients and their families. The badges sometimes help connect them to other veterans or can prompt expressions of gratitude for their service.

HCA Healthcare colleague Avery King, who also was a U.S. Air Force veteran, came up with the Badge Buddy idea to help identify and recognize colleagues who had served in the military. Avery was HCA Healthcare’s military affairs program manager with diversity, equity and inclusion until his passing in September. In his role, he sent thousands of badges to veterans across the enterprise. He was also known for helping veterans transition into the civilian workplace and for supporting them further once hired at HCA Healthcare.

“Avery was extremely passionate about this work – I saw and felt it in every conversation we had,” recalls Terry Deas, AVP, Inclusion. “To Avery, the Military Affairs Program wasn’t just a ‘program’ per se. He saw it directly connected to his purpose and fulfillment of a desire to serve. I truly believe that he felt this work was his calling.”

Christian Rivera, Identity Services Engineer, ITG, is one of those veterans. He credits Avery for bringing him to HCA Healthcare.

“He worked with our Fort Campbell Veterans hiring program manager when I was getting out of the Army. Avery kept in contact with me daily to help me find the right fit at HCA Healthcare and elevated my resume to key hiring managers,” Christian says.

Alex Kell, a Director with the Clinical Education Team for HealthTrust.

Alex Kell, a Director with the Clinical Education Team for HealthTrust, joined HCA Healthcare four years ago after working as a healthcare administrator for the U.S. Army.

“Separating from military service is always a major life event, and many service members can feel like a fish out of water. Statistics have shown that veterans often do not stay at their first job after separation; many stay less than three years because they don’t feel as though they belong, or that it is the right fit for them,” she says.

While earning her master’s degree in healthcare administration, Alex researched various companies she could potentially work for after separation from the U.S. Army. A graduate course assignment compelled her to further research HCA Healthcare. She ultimately pursued a job at the headquarters in Nashville, Tennessee.

“I like the work environment; but I specifically appreciate the culture. HCA Healthcare’s culture is similar to the military in that it prioritizes caring like family and supporting one another,” says Alex.

She worked with Avery on engagement strategies to support a future resource group because she recognized the benefits of building a veteran community within the organization.

“Some service members retire from the military, while some separate from it — but the military never really leaves you,” says Alex. “Connecting with someone who shares similar experiences can be very helpful.”

Alex is an active member of the HCA Healthcare Veterans Colleague Network WebEx Teams space, where colleagues can message each other, share stories and ask for advice. Nearly 700 colleagues have joined the WebEx Teams space dedicated to the Network, and she believes that local chapters will get even more veterans involved.

“We have so many reservists and active-duty spouses. I want to see the branches and leaves forming on our metaphorical community tree,” she says. “HCA Healthcare wants to recognize you, but also wants you to be able to recognize each other.”

She also assisted Avery in sending Badge Buddies when she noticed a new request in the Colleague Network.

“I make a point to just drop them in the mail. I want people to feel like they belong. HCA Healthcare seeks to connect colleagues with a higher purpose and people from the military are looking for that again after separation,” shares Alex, who estimates she’s mailed over 550 badges to colleagues this year.

Avery believed that the biggest benefit to the Badge Buddy program was that it is a conversation starter.

“People see it and they can thank a veteran for their service,” Avery had said. “I like to think we continue to serve at HCA Healthcare.”

“Small ice breakers, such as Badge Buddies, are a unique way to enhance the patient experience. These seemingly small connections make a world of difference,” she says.

Clair Sheffield spent 28 years in the U.S. Air Force as a nurse corps officer before joining the team at Fort Walton Beach Medical Center in Florida as a nurse navigator for the Care Assure program (North Florida Division) in 2017.

The medical center is the only Level II trauma center in the tri-county area, a region that is home to eight military bases. She learned about Badge Buddies through Avery via the Veterans Colleague Network.

She says colleagues are intrigued by it: “They ask, ‘Where and how long did you serve?’ or ‘Could we have been deployed or served in the same place?’”

Clair encounters many patients with strong connections to the U.S. military via active duty, retirement, or they have family members currently serving.

“When they see ‘Veteran’ on my badge, it is a huge connection for them as a community member; they share a big smile and instantly feel part of our HCA Healthcare family,” she says, adding that many military and veteran patients are navigating the HCA Healthcare system for specialized care, daily.

Clair facilitates patients’ follow-up plans of care and improves continuity of care by streamlining clinical intervention processes. She also assists with their transition back into the community.

By leveraging her military knowledge and skills, coupled with an understanding of civilian healthcare processes, Clair can help her patients navigate their healthcare journey.

Shatona Griffin, a product analyst for the Information Technology Group and a reservist first sergeant with the 94th communication squadron at Dobbins Air Reserve Base in Georgia, loves the Veterans’ Colleague Network and is grateful for the Badge Buddy.

“It brings forth such great conversation. People stop you and say, ‘When did you serve? Oh, you are serving now!’ When I go to HCA Healthcare and I see someone with ‘Veteran’ under their badge, it makes me feel so good that I serve with such great people,” Shatona says. “I’ve never experienced a company this phenomenal to work for — I’ve never experienced an organization that really wants to be involved in who you are as a service member.”

Shatona Griffin, a product analyst for the Information Technology Group and a reservist first sergeant with the 94th communication squadron at Dobbins Air Reserve Base in Georgia.

Avery joined HCA Healthcare in 2010 as a recruiter, before stepping into the role of Military Affairs Program Manager. He served nearly a decade in that role. He is remembered for his unparalleled passion for recruiting, assisting, and helping veterans feel valued at HCA Healthcare. His efforts also drew results, as can be seen by the numbers of veterans and military spouses hired.

Sherri Neal, Chief Diversity Officer, described him as a “fantastic colleague whose passion for the work and the leadership of the Military Affairs Program was unmatched.”

“What I loved about working with Avery is that he always had such a positive, can-do attitude,” she recalls. “He approached every task with enthusiasm and excitement. He was always so positive and genuinely cared about each and every member of our team. He personally encouraged me in so many ways, and I miss him more than I know how to share.”

“His dedication to helping veterans transition into civilian life was significant,” says Kelly Furbee, VP of HR Operations & Strategy: “His laser focus on this group of people impacted countless lives for the better.”

Kevin Teske, Consulting Project Manager, Parallon, says Avery was a great ambassador for HCA Healthcare, who represented the enterprise at both local and national forums.

“I got to see the respect that military and business leaders showed Avery. He educated them on who HCA Healthcare was and our mission,” Kevin says. “Avery spread goodwill and earned respect for HCA (Healthcare) from all around the country.”

Avery was also a husband, father and pilot, who loved to fly. In his spare time, he also enjoyed fishing, boating, making pottery and spending time with family and friends. He led many veterans’ awareness and appreciation projects throughout the years. But it was his warmth and compassion that many HCA Healthcare colleagues speak of.

“I will miss his kind heart, his compassion for our Veterans and their spouses, his uplifting laugh, but mostly I will miss his friendship,” says Betsy Whitaker, Corporate Sponsorships Manager, DEI.

Terri Schmidt, AVP, Business Risk Solutions also shared the bond of military service with Avery. But that wasn’t the only thing that drew them together: “Avery was an incredible human being, friend, and colleague. My favorite memories of Avery are simply spending time with him. Whether catching up while riding the shuttle or bumping into each other at an event to celebrate someone or something. I was always struck by how much kindness and joy he conveyed in his words and actions.”

We Are HCA Healthcare

Who is HCA Healthcare? We are more than a quarter million colleag…

One in three hospital patients is affected by malnutrition, an is… 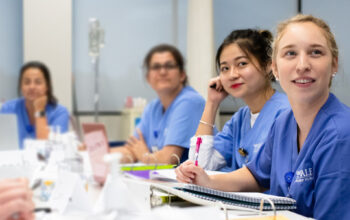 Strengthening the Future of Nursing

A focus on HCA Healthcare’s new partnerships and programs